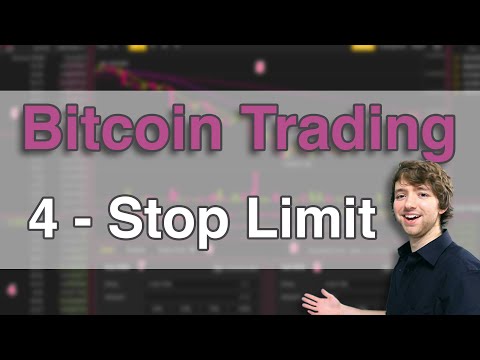 Good morning traders of the StockMarket sub! Welcome to the final trading day of the week! Here are your pre-market stock movers & news this AM-


EARNINGS RELEASES BEFORE THE OPEN TODAY:

EARNINGS RELEASES AFTER THE CLOSE TODAY:

THIS MORNING'S MOST ACTIVE TRENDING DISCUSSIONS:

Cronos – Tobacco product Altria is buying a 45 percent stake in the cannabis producer for $1.8 billion. It had been reported earlier this week that the two were in talks, reports that were later confirmed by Cronos.

Big Lots – The discount retailer lost 16 cents per share for its latest quarter, wider than the one cent loss analysts were expecting. Revenue did beat forecasts, and a comparable store sales increase of 3.4 percent was above the consensus estimate of 2.9 percent. However, Big Lots cut its full-year forecast and said the holiday season will be challenging even as it maintains a more optimistic longer term outlook.

Vail Resorts – The resort operator lost $2.66 per share for its fiscal first quarter, 20 cents more than Wall Street anticipated, with revenue also missing forecasts. For the upcoming North American ski season, Vail said season pass sales are up 13 percent in dollars and 21 percent in units compared to a year ago.

Broadcom – The chip maker earned an adjusted $5.58 per share for its latest quarter, coming in above the consensus estimate of $5.58. Broadcom’s revenue also came in above forecasts, and Broadcom also gave strong 2019 revenue guidance. Additionally, the company announced a 51 percent dividend increase to $2.65 per share and added $6 billion to its stock buyback program.

Tesla – Jefferies upgraded the automaker to “buy” from “hold”, a call that follows a visit by Jefferies analysts to Tesla’s Fremont, California factory. The firm said Tesla has demonstrated its profit and self-funding potential, and that meaningful productivity enhancements are ahead.

IBM – The technology giant struck a deal to sell some software assets to India-based software company HCL Technologies for $1.8 billion. The sale is part of IBM’s ongoing effort to de-emphasize its legacy businesses.

Zumiez – The action sports apparel company reported quarterly earnings of 55 cents per share, six cents above estimates, with revenue essentially in line with forecasts. However, the company’s current quarter guidance is below analysts’ forecasts.

Fiat Chrysler – The automaker plans to add Jeep production at a currently out-of-service Detroit plant in 2020, according to a Reuters report.

Chevron – The energy giant will spend $20 billion on capital projects in 2020, which would amount to its first year-over-year capital spending increase in four years.

Amazon.com – Amazon’s next target for its checkout-free stores will be in airports, according to a Reuters report, citing a personal familiar with the strategy.

General Electric – GE’s power turbine issue is increasing, according to a Reuters report which said utilities are shutting down at least 18 of GE’s newest gas turbines at power plants in Europe and Asia.

bigbear0083 has no positions in any stocks mentioned. Reddit, moderators, and the author do not advise making investment decisions based on discussion in these posts. Analysis is not subject to validation and users take action at their own risk. bigbear0083 is an admin at the financial forums Stockaholics.net where this content was originally posted.

What is on everyone's radar for today's trading day ahead here at StockMarket?


I hope you all have an excellent trading day ahead today on this Friday, December 7th, 2018! :)

Thinking about pulling out - maybe I'm just not any good at this?

So I first bought in to BTC back in November during the big ramp up. I bought my first two and a half or so coins ($500 worth) at around $223 each and giddily sold at around $330 for a tidy ~$200 profit. What easy money!
I didn't really pay attention again until the end of the month, when the price had hit $1200 or so (on Coinbase, at least, which was where I was moving fiat in). Completely oblivious at that point and time to MACDs, Stochastic RSIs, and pretty much anything else even resembling a technical indicator, I bought back in at $1070 or so (at that point, maybe 1.2 coins or so) and told myself I'd come back and check it in a week or so to reap my rewards.
I sold a week later at around $715, posting a loss of around $350. Lesson learned: always have a stop loss, and either automate it or pay enough attention to be able to implement it manually.
Over the next two weeks, I bought back in (1.4 coins worth or so, maybe worth $850 in fiat at the time) and tried my hand at shorter term trading on BTC-E using QT Bitcoin Trader (which is an awesome app, kudos to whomever designed it). Riding little waves and bumps, buying high, selling low, beginning to pay attention to the various indicators available on bitcoinwisdom and bitcoincharts. I never seemed to make too much forward progress though; for every three times I'd make $10, there would be one unforeseen market movement that would cost me $30 before I hit my stop loss. On two separate occasions, I fell asleep/zoned out/got distracted while trading and came back a few hours later to find myself down $60 or so dollars. Going back over my strategies, I found a few mistakes I'd made that I likely wouldn't have if I'd paid attention to more indicators or hadn't panic sold shy of my stop loss. Lesson learned: 1) once you have a plan, stick to it; and 2) make sure your plan contemplates conflicting signals so that you don't put all your eggs in one basket.
So that's where I find myself today. I continue to learn more about various indicators, the nuances of the order book, and when to spot a pump & dump trap during low volume trading periods, but I'm still 35% or so down from what I put in, and 50% down from my all-time high. Do I have any more lessons to learn? Is my stop loss set too high - am I too risk averse? Am I trading on windows that are too short for human beings to be able to successfully trade on and make consistent profits, given the number of sophisticated bots that dominate prices and trends during most low volume periods? Or do I just not have the tools - the automated, mathematical, scientific tools - needed to remove my personal judgment and fear from the equation entirely, so that I can actually physically walk away from the ticker?
Or is it possible I'm just not any good at this?
Perhaps this is less of a genuine question and more of a rant. I doubt I'll want to really walk away now (I don't really need the $1000, and wouldn't be hurting if I lost all of it tomorrow, which is at least one rule I went with and got right from the start), but sometimes you just get down enough to want to complain to some folks who have been there. Thanks for listening.

I am new to this automatic trader and I thought I understood the sell/buy orders but apparently I dont. I set a sell order for $625 as a 'stop loss' using qt bitcoin trader on bitstamp. At the time the the price was around $660. I looked away for a second and when I went back to qt bitcoin trader i saw that I had an order filled at 661 and 662. WTF happen? I set a sell order at 625 and it ended up selling asap.

Trade on 10 exchanges and... Skip navigation Sign in. Search. Loading... Close. This video is unavailable. Watch Queue Queue. Watch Queue Queue. Remove all; Disconnect ... Qt Bitcoin Trader - trading client for Mt.Gox and BTC-e - Duration: 2:55. ... How to place a Stop Loss order on Kite? - Duration: 4:17. Zerodha Recommended for you. 4:17. The Best Methods To Build ... This video shows two ways in how to place optimal stop losses and how to protect yourself against future loss. Suggest a video on Patreon: https://www.patreo... JL Script - new script language for advanced Bitcoin traders. On this video you can see example of voice notifications. Official application page: https://ce... Bitcoin Trader Review 2020. Is Bitcoin Trader software legit? Yes! We have tested Bitcoin Trader app and we can confirm that is legit and accurate. Click the link to access Bitcoin Trader website ...